Ahead of the Distorted Perspectives Festival I got talking with Moon Duo about playing in Letterkenny.

Do you have any Irish connections?

“My grandmother was Irish, and our manager and our booking agent are both Irish. Plus, I love Van Morrison of course. Americans generally feel a kinship and fondness for Ireland and Irish culture, myself included. I don’t know what it is”.

Had you heard of the festival before and what was the attraction in coming to Ireland?

“I only heard of the festival because we saw something about it while on holiday in Donegal. We love playing in Ireland, so always looking for ways to make it happen. We’ve played Dublin and Cork, and Belfast, but it’s rare to be able get away from the bigger cities a bit”.

What can Ireland do to attract more bands like yourselves, generally tours tend to stick to the UK mainland?

“I don’t know. For us, it’s always just a question of time and paying to get the van on that ferry. So it’s money really. I think lots of US bands would love to come to Ireland”.

Ironically, I am originally from Aberdeen in Scotland, where you played last year. Again, a lot of bands tend not to venture that far north – do you make a special effort to visit places a little off the beaten track?

“We do. We’ve played as far afield as Hanoi, Jerusalem, Chile. It’s alway great to play new places, where they don’t get every other band coming through. I think the audiences are appreciative. Aberdeen is tough because once you drive all the way up, you have to get back down somehow. Same problem with Miami. We haven’t made it down there yet”.

You have just finished your US tour, how did that go and do the logistics of travel there differ to travelling around Europe?

“It went really well but was long and a bit grueling. The drives in the US are pretty epic. It took us three days to drive to our first gig, in Fargo, North Dakota. Europe is the easiest for touring because of the funded venues, with hospitality and accommodation. In the US you’re generally on your own, maybe you’ll get a few drink tickets”.

Do you know any of the other bands at the festival?

How much of the new album can we look forward to hearing at the festival?

“We’ll play a good bit of it. We generally mix old and new songs in our set, a sort of survey of our catalog. Some songs we stretch out on, so it can be a challenge to fit a lot of tracks into the set”. 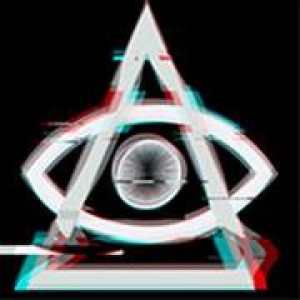