‘Spinning Faster’ is the debut single from the up-coming Then Comes Silence III ‘Nyctophilian’ LP, due to be released on Friday 13th March 2015 on the Swedish Novoton Indie Label.

Then Comes Silence are a Psyche/Goth 4 piece from Stockholm originally formed in 2012.

I had noticed a few months back that The Janitors were playing a double-bill with Then Comes Silence, this was all the encouragement I needed to exhume and possess their exquisite b(l)ack catalogue.

Then Comes Silence are an elemental force of stygian nature, conjuring shapes and throwing shadows that Goth Overlords, Bauhaus and The Sisters Of Mercy would be proud to call their malignant own.

The band already have had a support spot with A Place To Bury Strangers and a slot on the bill at the Roskilde Festival under their belts. The release of the ‘Nyctophilian’ LP next year can only further consolidate their faustian credentials.

‘Nyctophilian’ is an LP that I for one await with relish… 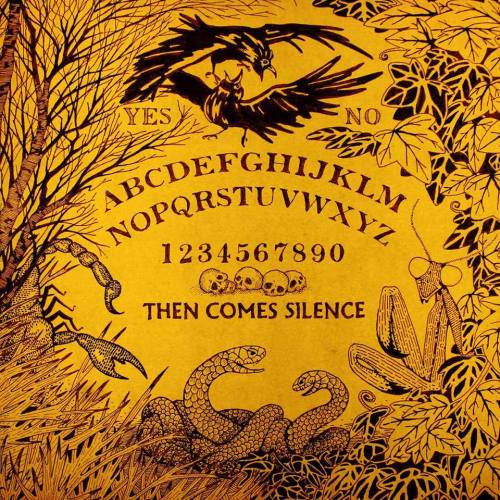 The Janitors – ‘Here They Come’