Ahead of reviewing the LP, watch this space, I asked Pedro Pestana about the world of 10 000 Russos, that he inhabits with André Couto and João Pimenta…

What does the name mean, what is a Russo?

“Russo is Russian in Portuguese. 10000 Russos is a pun that works not only in Portuguese but also in French the pun with the name works pretty well”.

How long have you guys known each other and when did you form the band?

“Me and João have known each other for ten years, give or take. We got together in 2012 to jam and released a tape early 2013. In the mean time we met André at Milhões de Festa that year and he joined us in ’14. A couple of weeks of rehearsals we had the bulk of this album more or less written and went on the road to start playing it”.

Tell me about the EP?

“Well, the EP was our first release. It was just guitar, drums and vocals. A very Suicide approach to music on the cricket-like cymbals, sounding like crickets and we used a lot of the ambience of the vocal microphone full of fx to glue and dirty everything together. There is a constant noise that can either force the listener to focus on what he/she wants to listen or to just accept it and handle the whole thing. There are also events that occur only once in an 8 min. song that break the repetitiveness of it. The imaginary of those songs was more connected to imaginary football clubs in wastelands and to Tuvan elements. The tape release is also a lot more mantric than this album. Not that there are any major key changes in this album, because there aren’t, but the bass started to play that bottom end drony role we were after for a different approach. We recorded live at the same studio where we recorded this album, HertzControl Studio with the same trustworthy friend and sound man Marco Lima. This studio is not unknown to the French crowd, Libido Fuzz recorded there as well. We were happy that the EP was quite well received in Portugal and opened up a lot of doors”.

How did the gigs with Wooden Shjips and A Place To Bury Strangers came about, and what was it like to share a stage with those guys?

“The APTBS gig was arranged by the Cartaxo Sessions, Nick, João and Ana who are also behind Reverence Valada. They had heard of us and thought we’d fit in with that lot. Bambara also played that night. It’s not every day that you meet people that build their own gear, fuck it up and fix it again for the next gig. APTBS, respect. They are an amazing crew and it was great sharing the stage with those guys. Sonically speaking it just blew our minds, all that cutting noise. We were stunned by the power of their sound. Later in the evening, all of us ended up playing table football (babyfoot) together and hanging out in Porto the next day. For the Wooden Shjips and Monkey 3 concert we were approached by Fúa of Lovers and Lollypops, he knew the band and knew we liked WS music”.

How did you get in touch with Fuzz Club, and how does it feel to be part of their enviable roster?

“Before Fuzz Club came along we were doing everything ourselves, from the music to production to promotion and releasing stuff. With the present socio-economico-political juncture in Portugal the deals we were offered by labels included more investment on our part even after delivering a finished product which didn’t seem very fair. We are aware that this is not the label’s fault directly but there is a major cashflow problem in Portugal because of this bloody austerity business and it harms everybody. Outweighing the pros and cons we were better off on our own at that time. Fuzz Club approached us in Reverence Valada last year right after our show. Casper was waiting for us at the stage exit really excited and asked us for a record on the spot. Fortunate timing because we were about to release this album ourselves later in the year. FC has indeed an incredible roster, they release a lot of bands we actually listen to. They allows to reach other audiences from many different places and also reach other bands we like”.

I was a huge fan of The Young Gods back in the day. At the time, I felt like I’d been waiting for them to come along and reimagine the best of what I already liked. Now you guys have come along and done the same for me in a similar way, who else other than The Young Gods have been reference points for the band?

“First of all, thank you for your compliment. We said before we like to steal from a lot of different places. Then it’s a matter of feeling on what the song we are making is asking for. A few noticeable elements we can point out on the Ep are surf music, Velvet Underground, Suicide, Dead Skeletons or Skip James. On this album the most noticeable ones are probably Neu!, Wooden Shjips, Primal Scream. The Fall are very present in all of our work as well. As are shamanic elements from many different cultures such as gnawa, apache or tuvan. Trance states induced by repetition are an interesting language to work with. There are a lot more references out there that we put into songs like ambiances, feelings, beats or grooves”.

Can you explain the linkage between the closing tracks ’Stakhanovets’ and ‘Kalumet’ on the album?

“Stakhanovets is kind of an angry song, it’s gnarly and there’s a lot of contradictory shit going on. The lyrics refer to the Stakhanovite movement, a miner’s movement in the 1930’s Soviet Union that encouraged workers to work harder to increase production in a competition based system. Basically it meant employing an almost capitalist production stimulation technique in the soviet regime. We are not directly questioning the legitimacy of this in any system but it’s interesting to find very different systems using the same principles to achieve the same goal and still keep disagreeing. Kalumet means peace pipe and that’s what you get when you get there. It has this gnawa feel to it that on one hand brings you this sort of feeling that everything is ongoing and on the other there’s a feeling of relief or letting go when it’s over. This song was born in the studio when recording Stakhanovets. After that take of Stakhanovets we stayed on playing for a while and Kalumet came out. Sometimes you have twins and you won’t know until they are both out. Funnily enough, the other song we had intended for the record, The Battle Of Montevideo, ended up not being part of it”.

What bands are you currently listening to?

“We all listen to different stuff. At the moment of replying to this interview The Myrrors and The Black Angels happen to be playing”.

What are your tour plans in support of the new album?

“This year we’ll be playing in Reverence Valada then we have an European tour planned in September and in the Fall we’ll probably play more locally so we can charge Europe again in 2016”. 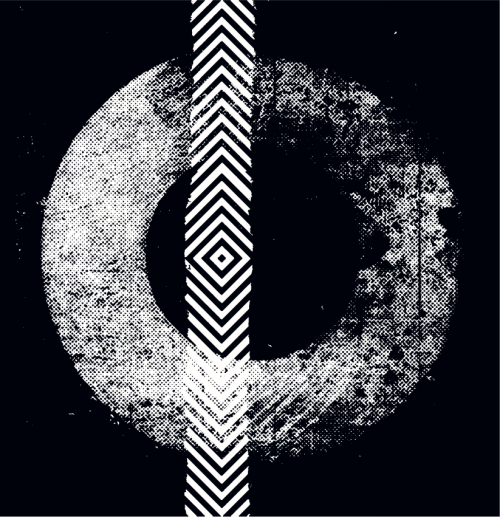 Now that you’ve read this and listened to the EP, do yourself a big favour and go checkout the new LP, I guarantee that you’ll be glad that you did…

New Release: The Third Sound featuring Tess Parks – ‘You Are Not Here’